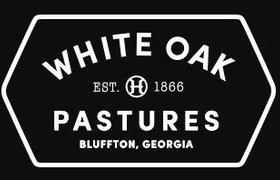 The Harris family has raised cattle on the same South Georgia farm for five generations. Stewardship of the land and respect for our livestock are among the most important lessons that we pass from parent to child.

Captain James Edward Harris (Cavalry - CSA) founded our family farm soon after the Civil War. He and the sharecroppers who worked this land butchered a cow, several hogs, and a few chickens every Saturday. This was the staple food of the 100 or so people who lived on this farm during the late 1800's.

In the early part of the 20th century, James’ son, Will Carter Harris, ran the place. During this time they butchered a cow, several hogs, and a few chickens every morning before sunup six days a week. The meat was loaded on a mule-drawn wagon and hauled three miles up a dirt road to the town of Bluffton. There it was delivered to four general stores, a hotel, and a boarding house. Later a commissary was built on our farm, which grew the business even further.

After World War II, Will Bell Harris ran the farm. It was during his watch that the traditional system of producing and distributing beef, lamb, and poultry eroded. Science introduced a bevy of new chemical tools to the farm, and the slaughtering process became more and more centralized and distant from our pastures. During the latter half of the 20th century, our farm only produced calves for the industrial beef production system that furnishes most of the food we eat in this country.

Our farm and family have now come full circle. Today, we raise 10 species of livestock. We process the animals on the farm, and market the beef, lamb, poultry, rabbits, eggs, vegetables, leather products, tallow goods, and pet chews directly to consumers who appreciate our artisan, small-batch products.

The transition started in 1995 when Will Harris III made the conscious decision to return to a production system that is better for the environment, for our animals, and for the people who eat these meats. He reinstituted the multi-species rotational grazing practices of his forefathers, and he built abattoirs on the farm to slaughter our animals. We are fiercely proud of our zero-waste radically tradition farming practices. We have been blessed with good hard work to do and the strength to do it. 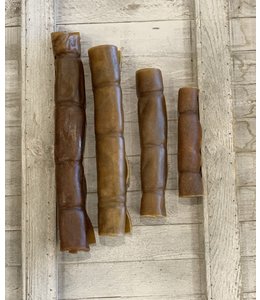 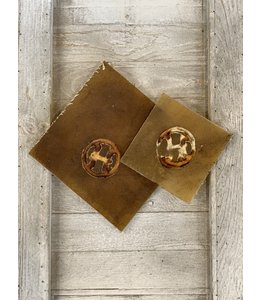 $5.99
All dogs need to chew. It's a natural instinct. Some even spend hours chewing every day. Keep your p
← Return to the back office    We continue to add products to our online store. If you are unable to find items, please call during store hours at 470-767-8441. We are happy to add any items to your order. Hide

For orders above $35, we provide an easy online ordering experience for local delivery or store pickup!

If ordered before 2pm

was added to your shopping cart